The new Range Rover Sport makes quite an impression.  Just ask the guys at the 139th Street parking garage in Harlem, who flat out refused to give me the keys when I couldn’t produce a claim ticket.

“It’s a brand new Range Rover,” one of them explained, shaking his head.  “You want us to pay for it?”

When they finally pulled the luxury SUV around, I completely understood their hesitation.  The silvery metallic ride sparkled and shined, even in the muted light of the underground garage.  “It’s beautiful,” the parking attendant said, still a bit reluctant to hand it over.

As the Range’s engine purred, we walked around it, admiring the exterior handiwork, and he pointed out the ring of LED lights surrounding the headlights that add a distinctive element of cool and also widen the band of light for night driving.  I returned his awestruck favor by showing him my favorite feature, the fridge (yes, fridge).  In a forward thinking move that is sure to have ripple effects throughout the car industry, the HSE LUX model of the Sport has a mini-fridge nestled inside the center console (between the two front seats)—just the thing for keeping your leftovers from City Island cool while headed home.

Since the nook where the fridge is situated is a common storage area, the Range Rover designers compensated for losing that space in a few ways.  First, there are USB and iPod plugs built into the flip up refrigerator door, so you can still keep your music close.  And you won’t want for extra room at all, since the Range comes with two glove boxes on the passenger side—handy for staying organized.

Speaking of being organized, you’ll have plenty of room to organize your larger items too since the lower part of the backseat folds up, which allows you to push the top part down low enough to create a completely flat cargo area that’s great for toting anything from luggage for four to your next donation for Goodwill.

On top of all of that, the Range really is beautiful.  Outside, the 2011 styling is a bit more angular making it stand out in a crowded field of SUVs.  Inside, the black lacquer or wood grain trim adds a stately, solid feeling, as does the plush leather steering wheel, which feels almost pillow-like in its cushion of comfort.

Overall, the new Range is a stylish and progressive addition to an already well-established automotive brand.  But the guys at the 139th Street parking garage could have told you that already.  Just make sure you keep track of your claim ticket. 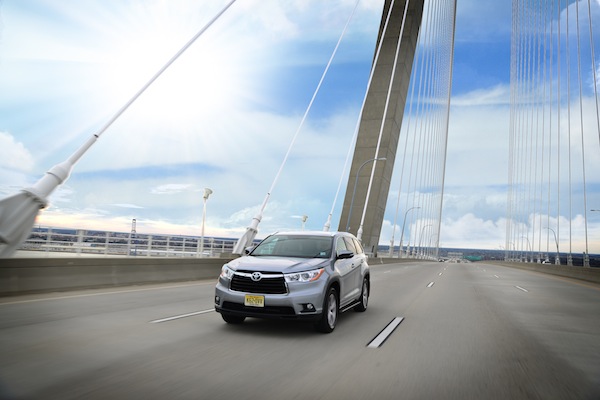