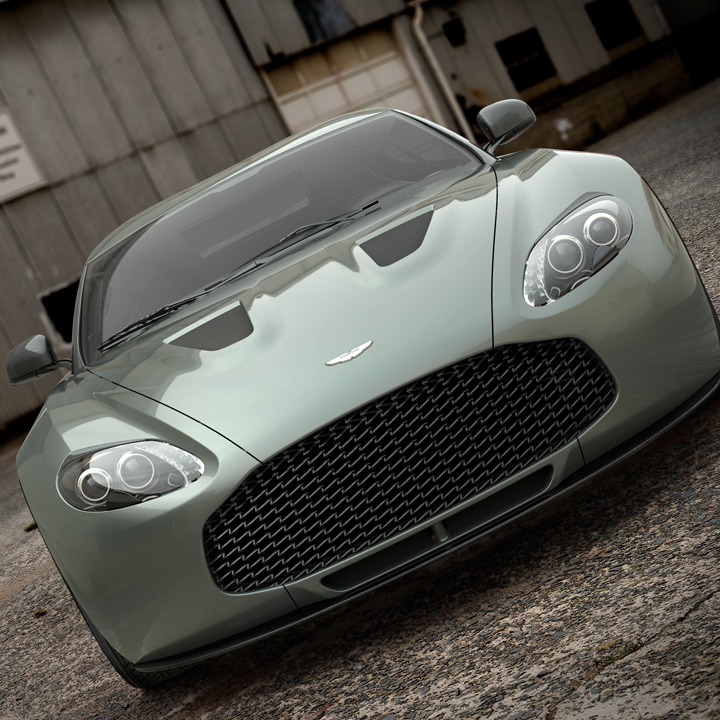 Whether you’re a zigger or a zagger, Aston Martin has just the right car for you. But move fast– there are only 150 of them.

Hand assembled at Aston Martin headquarters in Gaydon, England, the new 510 horsepower Aston Martin V12 Zagato is based on the V12 Vantage and features a beautiful handcrafted aluminium and carbon fiber body.

Following positive customer feedback, the V12 Zagato is being offered for sale at £330,000 GBP (approx. $520,000) and will go into strictly limited production of up to 150 cars in the summer 2012. 50 years from the introduction of the iconic DB4GT Zagato, Aston Martin and Zagato have collaborated to create this modern interpretation which remains true to the focus of craftsmanship, performance and exclusivity which underpinned the original collaboration.

The first of the two V12 Zagatos were just shown at the Frankfurt Motor Show. The first car, nicknamed ‘Zig’ by the factory team, features a full aerodynamic package designed to make the most of the Nürburgring’s multitude of corners and lengthy straights. The second of the cars, nicknamed ‘Zag’, was originally shown at the Villa D’Este before being converted into the same full racing specification as the sister car.