Looking for some new radio flavor?  We got you.

Nationally syndicated weekly radio show Café Mocha has added the “Big Apple’s” female listeners to its growing audience of “mocha mavens.”  The popular show which is only a year old, got to opportunity to celebrate their first anniversary with a huge bang, by adding New York’s WBLS FM to their growing list of affiliates.  If you haven’t heard the show yet, you’ll be pleased to know that it is co-hosted by Grammy-nominated hip-hop artist MC Lyte, actress Loni Love and broadcast veteran Angelique Perrin.  It’s already popular in Washington DC, Chicago, Savannah, Greensboro, Shreveport, Pittsburgh, and Milwaukee as well as others.

“We’re excited to bring Café Mocha to New York City and especially to WBLS, the heritage station in the market,” said Sheila Eldridge, Café Mocha Creator and Executive Producer.  “Our goal is to fill a niche that brings a fresh perspective to the radio experience for women … and to a community that has been overlooked by radio until now.”

Through March 2011, Café Mocha has partnered with the highly successful Dr. Oz  Show to promote his New Year’s Resolution Revolution 11-week diet plan “Move It and Lose it.”  Dr. Oz (pictured below with Lyte and Perrin) boasts a large African-American female viewership, and he will be featured on weekly health tip segments with the Café Mocha hosts.

And if you want to check them out online, you’re in for a treat.  The show’s website is home to the “Swagga Award” contest which is run in conjunction with Barefootess.com.

All told, the show provides an excellent national platform for marketers trying to reach the highly coveted female consumer. 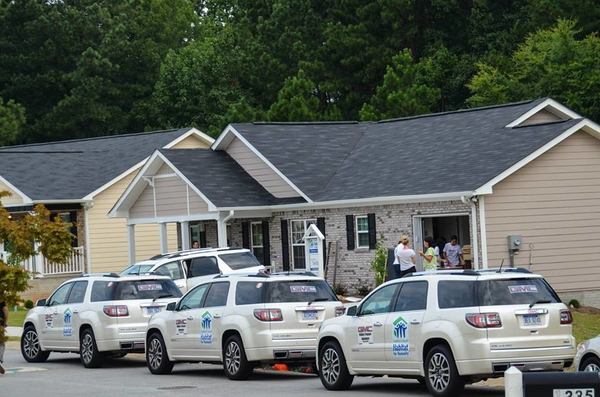 GALLERY: Corinne Bailey Rae and others arrive in Rolls-Royce for MOBO Awards