Skip to Content
Home / Lifestyle / contests / CONTEST: Ford and Tom Joyner give away a Ford Escape at sea 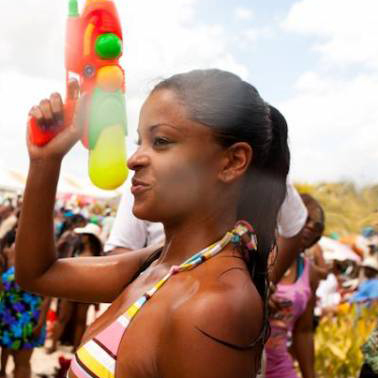 All aboard! Ford and the Tom Joyner Foundation are hosting the ultimate party cruise with a purpose. And with Queen Latifah among the many singers and hip-hop artists on the guest list, it just can’t go wrong.

The all new 2013 Ford Escape is also sailing for seven days aboard the 2012 Tom Joyner Fantastic Voyage cruise as part of Ford’s partnership with the Tom Joyner Foundation. This marks the sixth consecutive year Ford has been the exclusive automotive sponsor and the first year Ford is the official presenting sponsor of the cruise, which supports Historically Black Colleges and Universities.

This year, Ford will give away the keys to the all-new 2013 Escape to one lucky listener of the Tom Joyner Morning Show or cruise attendee as part of the “2013 Ford Escape Key to Win” giveaway.

“We are thrilled to be back aboard the ship for the first time as the official presenting sponsor of the cruise. It is our brand promise to ‘Go Further’ as a company when it comes to not only our products but also to our communities,” said Shawn Lollie, Ford manager, Multicultural Marketing. “This partnership continues to be one that we are committed to and we are looking forward to being able to once again be a part of an event that supports higher education within our community.”

The cruise, which is in its 13th year, set sail from Ft. Lauderdale, FL, on Sunday, March 25 and will make stops in Ocho Rios, Jamaica and both Nassau and CoCoCay Bahamas. Cruisers will have the chance to enjoy more than 30 musical and comedic performances and activities, including a special performance of jazz and hip hop with Grammy Award-winning actress, rapper and singer Queen Latifah.

The 2013 Ford Escape Key to Win promotion will kick off on March 26 and run through April 6. Cruise attendees and all Tom Joyner Morning Show listeners are encouraged to register by visiting blackamericaweb.com for a chance to win a 2013 Ford Escape.

In addition to the Escape giveaway, Ford will also be bringing along for the third year Play Date, an entertainment-based

company that offers an alternative to the traditional party by using interactive games like Dance Commands and Simon Says to spark up the fun. The Escape will be the focal point for all of Ford’s activities this year.

“We’re glad Ford is sailing with us again on the Fantastic Voyage,” said Tom Joyner.  “It almost isn’t a Fantastic Voyage cruise without a Ford vehicle onboard!  We are thankful that they continue to share our vision for supporting students at HBCUs and  partnering with  us for the ultimate Party with a Purpose.”

To register to win a 2013 Ford Escape, visit blackamericaweb.com. 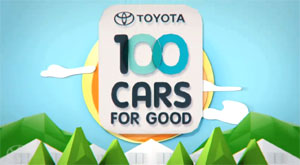 A BMW for Xmas?