Simply Rides recently announced the partnership of Sakina Spruell Cole and BET.com, and now we’re pleased to report on the New York launch event. Tons of talented media, finance, and marketing people came out to the Helmsley Hotel to watch the NYC premiere of Keeping It Rich with Sakina, a web series hosted by award-winning finance journalist and entrepreneur, Sakina Spruell Cole. Just a few of the many boldface names in the room were Lateef Sarnor of BET Networks and Dayna Gilliard of Essence Magazine.  Jocelyn Taylor, whom Sakina interviewed in the premiere episode of the show, was also in attendance.  Each episode of the series will show Sakina having candid and often humorous conversations about money to help viewers define and live a “rich” lifestyle.  Terrence J, popular host of BET’s 106 & Park is slated to be a guest on an upcoming episode.  “I wanted to partner Keeping it Rich … with BET.com,” explained Sakina, “because I believe together, we can truly make an impact in closing the wealth gap.”

The premiere can be viewed at bet.com 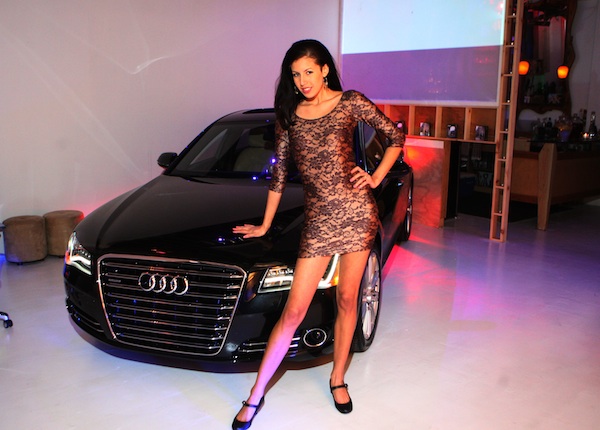