The age of the smartphone is upon us.

According to the Pew Research Center, 56% of Americans either own a smartphone or a phone that runs a smartphone platform. So, chances are, when you pick up the fellahs to head to the Super Bowl in your Toyota Highlander, more than half the guys in the car will have a smartphone in their pocket. And, being the hospitable person that you are, it would be nice if you could charge everyone’s devices.

Now, assuming that all the devices are plugged in, where will you put them without creating a nasty nest of tangled cables? Well, if you’re in a 2014 Toyota Highlander, you’re in luck.

The new Highlander comes with a handy shelf just below the dashboard that includes section dividers and a cable pass through that lets you manage all the mess in a breeze. On the left hand side of the self, a small plastic plug covers a hole. Pop it up and out and you can snake all the cables down through the hole to the USB and 12 volt cigarette lighter plugs just below the shelf.

During our test drive, we also found this shelf handy for just about everything from toll and parking meter money to cameras and wallets. It’s like a mini-man-cave on the go.

Not enough juice for everyone? No worries. Behind the armrest that separates the two front seats is a second set of plugs for the back seat passengers.

Speaking of the armrest, it bears mentioning that this center console has two rollback doors, which can be opened to reveal an astonishingly large amount of storage space. Seriously, you can fit just about anything into this 24.5 liter nook. For frame of reference, that’s even more cargo space than the OGIO’s 2014 Commuter Pack.

In fact, the space will easily fit a grand total of 38 cans of soda– tailor-made for tailgating outside the stadium. 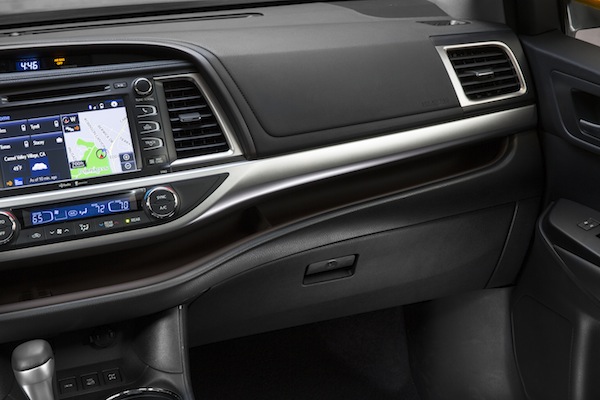 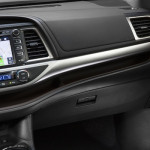 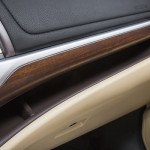 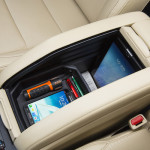 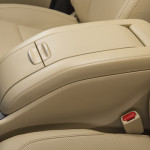 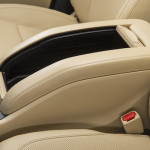 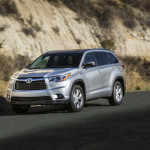 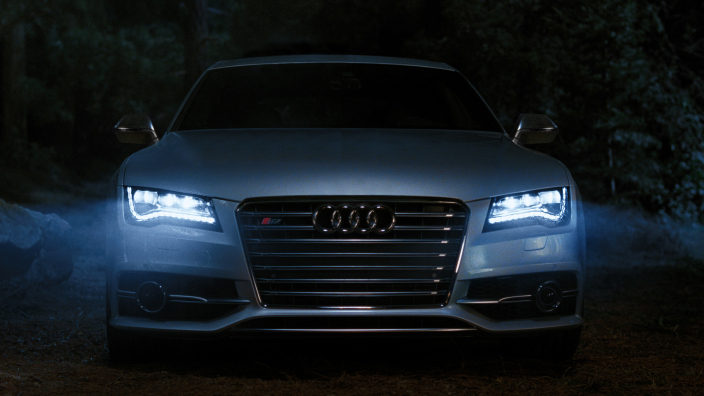