Ford Flex, the vehicle that dares to be different, has earned yet another accolade―it’s been chosen as the Truck of the Year in the 13th annual Urban Wheel Awards, the automotive industry’s premier diversity awards ceremony sponsored by On Wheels Media, Inc.

The award winners are chosen by a multicultural panel of 23 judges from a broad array of newspaper, magazine, broadcast, and Internet outlets.  Judges were asked to nominate three vehicles in the categories of car and trucks. The truck category also includes crossovers and SUVs.

The Flex beat out finalists BMW X6 and the Dodge Ram to win the title.

“This award is more about the urban environment than ethnicity,” said Randi Payton, CEO and president of On Wheels Media, Inc. “We’re looking at the needs of urban drivers. We’re looking at how the car handles in tight spaces, how it turns, how it performs on city streets. The judges take the cars out, drive them, and give them numbers based on how they do. We just add them together. This year, Flex was it.”

Judges lauded the Flex for its overall design package and detailing that gave it an edge over its competition.

Jim Farley, Ford’s group vice president of Global Marketing and Communications, says Ford’s all-new full-size crossover is attracting new customers, half of whom are completely new to the Ford brand. “Customers are initially drawn to the Flex by its bold and innovative exterior design. There’s nothing like this on the road,” he said. “They are also captivated by the vehicle’s upscale, yet functional interior, which features a wide array of exciting, new technologies.”

On Wheels Media, Inc., is an automotive multimedia communications company that produces print, digital, broadcast, and events. Publications include African Americans on Wheels, Latinos on Wheels, and Asians on Wheels magazines, which are distributed in more than 100 newspapers throughout the U.S. and have a combined readership of 8 million.

CLICK HERE TO READ OUR REVIEW OF THE FORD FLEX. 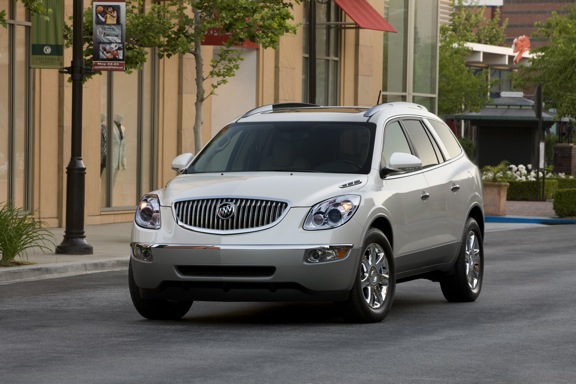