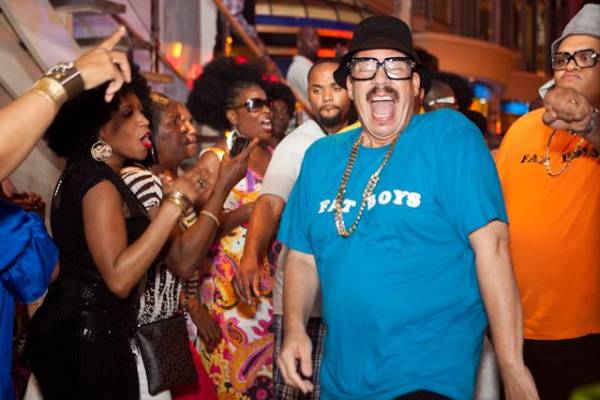 Grab a suitcase and get ready to cruise for a cause!

This year, Ford will be the presenting sponsor of the Tom Joyner Foundation Fantastic Voyage Cruise, as the Ultimate Party with a Purpose to support students attending Historically Black Colleges and Universities.

The announcement of Ford’s sponsorship of the cruise was made by Shawn Lollie, Ford manager of Multicultural Marketing. “We are thrilled to be back aboard the ship for the first time as the official presenting sponsor of the cruise. It is our brand promise to go further as a company when it comes to not only our products but also to our communities. This partnership continues to be one that we are committed to and we are looking forward to being able to once again be a part of an event that supports higher education within our community.”

Ford has been a supporter of the cruise in the past – and in a big way – generally putting one or two Ford vehicles on the top deck and even doing a giveaway. While the guests on the ship have been able to check out the vehicle, they’ve also been able to share in the Ford sponsorship of music venues and promotion as well as pre-cruise promotion that highlights their commitment to education. Ford will also highlight this year’s presenting sponsorship with a giveaway of ten cabins through Friday, February 10! Details on BlackAmericaWeb.com.

More than 3,000 passengers are set to sail away from Fort Lauderdale and through the Caribbean March 25-31 on this “Ultimate Party with a Purpose.” In addition to the exclusive live musical entertainment, this year’s cruise will also offer seminars, shopping excursions, an art show featuring the work of renowned artists Annie Lee and Frank Frazier, competition from basketball to bid whist, and themed celebrations for Mardi Gras, White Night, Formal Night, Represent Night and 70s Night. Guests will also have the opportunity to rise early for exercise and morning devotion with Dr. Bobby Jones or dance throughout the day with DJs and music performances in up to seven different venues on the ship.

Find out more at:  fantasticvoyage.blackamericaweb.com