It’s 1968. One of the number one R&B songs in America is “I Heard It Through the Grapevine,” by Gladys Knight & The Pips. Richard Nixon has just been elected president … and the Japanese Toyota Corolla has finally been introduced to the United States market! At the time, the big selling point was simplicity– it was the smallest Toyota ever sold in America. Fast forward to today. Starting at $16.8K for the lowest trim level, the Corolla is still one of the most affordable (and simplest) compact cars in the world, which helps explain its popularity. According to the Toyota executives, the Corolla is not only the best-selling cars in the world (40 million units sold since it’s launch in 1966), it’s specifically the best selling car amongst African-American, Asian and Hispanic buyers. And that’s not just because of it’s low price point. It’s also because of Toyota’s legendary reliability. Take the Richmond family, for example. Not only have they been buying Toyota Corollas for three generations, they’ve also collectively logged more than 750K miles without any major incident. That’s dependability. Today, the Corolla is becoming more aspirational. The 2014 model has a much improved interior style, a more athletic exterior design, plus some of the fixings usually reserved for higher end cars, like piano black lacquered dashboard accents. Our fave feature however is the Entune App Suite, which allows access to a wide variety of apps including Yelp, Facebook Places, MovieTickets.com and even OpenTable. Just tap a few buttons and …  viola! Your date night outing is planned. With aggressive exterior styling, loads of interior features, a zippy on-road feel, a serious MPG (Corolla’s LE Eco model offers 42 MPG- best among gas-powered compacts with an automatic transmission), and a price point that’s accessible, the #Elevated 2014 Toyota Corolla is poised for yet another generation of success. 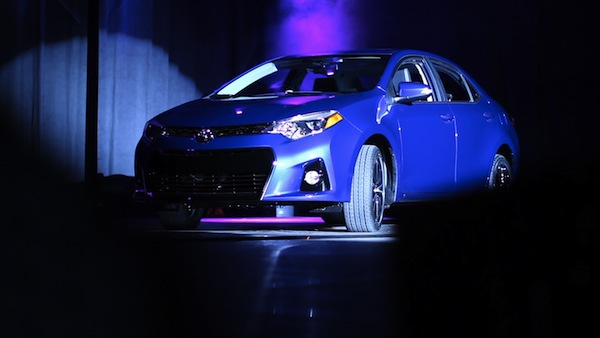 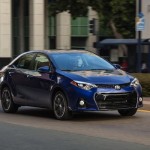 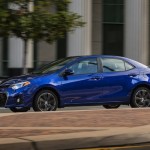 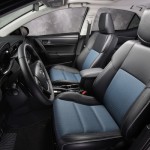 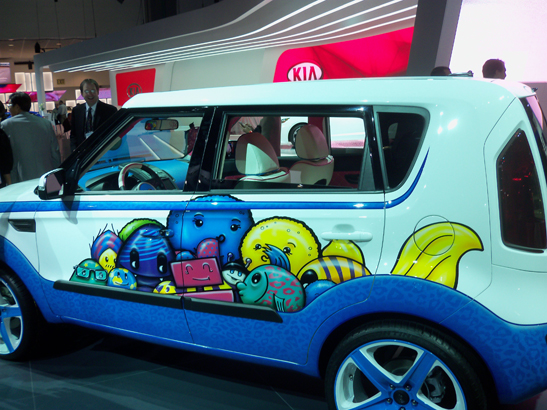