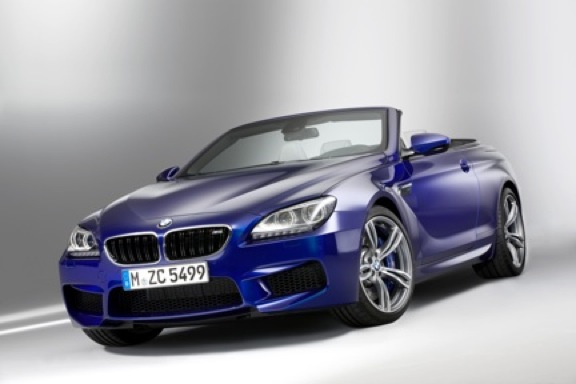 Anyone that has been within earshot since my 2012 BMW M6 convertible test drive knows this: The next extra $114,000 I come across is going toward this car. It’s functional, phenomenal, and fast—just the way I like things…sometimes. When it’s time to slow down and, let’s say, burrow under the covers, the soft top does the job well. For folks seriously contemplating a convertible with lots of charisma—as much as a car can have—the M6 is it, and below are a few reasons that may inspire you to rev up and roll out.

2. Heads up. The illuminated heads up configuration isn’t totally new, but it’s still a fab feature (and one of my faves).  Important information such as numeric speed, road sign symbols, gear, real time traffic information, and a color rev counter symbol are displayed directly on the windshield in the driver’s field of vision, allowing  you to focus on what’s important—the road ahead.

3. Hear this. The 12-speaker surround sound system designed by Bang & Olufsen delivers 1,000 watts of power from a satellite radio, iPod or MP3 compatible CD drive. Adjusting to real world driving conditions such as various weather and road surfaces via the Dynamic Sound Optimization, data is gathered from a mounted microphone and instantaneously programmed to perfection, ensuring you never miss a beat—even with the top, dropped. Whether you call it amazing acoustics or bells and whistles, the tweeters, loudspeakers and a pair of subwoofers located under the front seat make cruising feel like a concert in this car.

4. Press me. The ingenious engineers at BMW decided that a clutch pedal—you know, the third pedal used for manual driving —was simply unnecessary. So they removed it, allowing drivers to keep their foot on the accelerator during gear changes and instead, press the M-gear selector to D (automatic) or S (manual).

5. Parking problems. After your Thelma & Louise or Bonnie & Clyde adventures, you’ll want to park your car, but that presents a problem—at least initially. During the test drive a few folks (including myself) could not figure out how to put the car in park. After pressing a few buttons and shifting gears to no avail, I had to wave down a BMW rep to turn the car off (ditto for the other folks). Apparently you have to press a button or two, step on the brakes, press another button or two and do something else—or something like that—to get the car to park. We like fancy, but this just leaves us with, “Huh?” 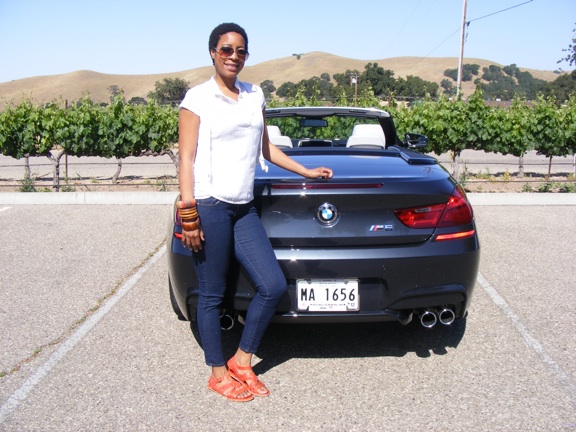 Top 5 Things To Do In A Lamborghini