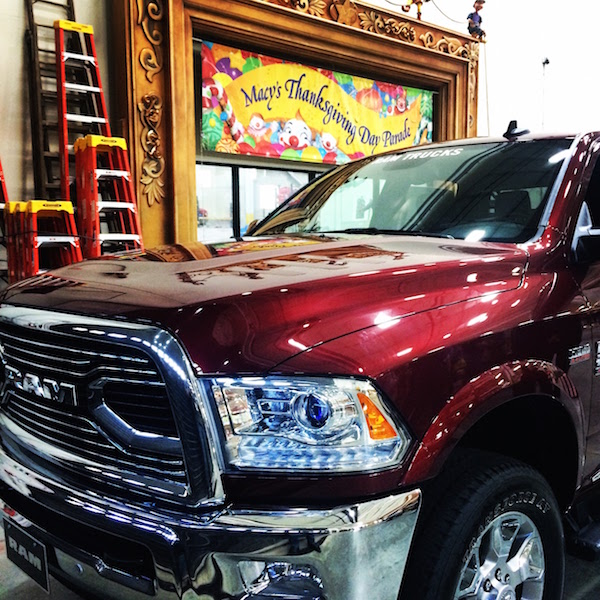 This year, Ram Trucks  was the official automotive sponsor of this year’s Macy’s Thanksgiving Day Parade, which means that Ram trucks were pulling every single one of the massive floats on Turkey Day. Just before Thanksgiving, I got the chance to visit the Macy’s Parade Studio in Moonachie, New Jersey to watch the behind the scenes magic unfold.

During my private tour of the studio, I saw six new floats, including one from Kentucky Fried Chicken. The float depicts the imagined road trip of KFC’s founder, Colonel Sanders, and there is even a real-life Colonel Sanders lookalike who rides the float (pictured).

The building that houses all these huge floats is massive. It looks like an airplane hanger but it was actually custom built expressly for the purpose of designing and building floats for the Macy’s Thanksgiving Day Parade.

Next to each float in the studio was a much smaller display that included the original design sketches and even clay models of the float-to-be. Once constructed, the floats are taken apart (or deflated) for transport to Manhattan where a whole crew of people puts them back together just in time for the parade. At the studio, there was also a Ram Truck that was filled to overflowing with tiny, stuffed rams. The idea is for kids to guess the number of rams in the truck to win a prize (pictured).

I’m sure you can imagine that the Macy’s Thanksgiving Day Parade is quite a production but you have no idea. Each year, more than 4,000 people must be costumed for the affair. And, believe it or not, most of the people involved (from celebrities to makeup artists) are volunteers.

So, this year, while you were checking out the parade, I hope you got a chance to take a look at the super tough Ram Trucks that were paving the way. Here are a few photos both from the Macy’s Parade Studio and from the parade itself on Thanksgiving day. 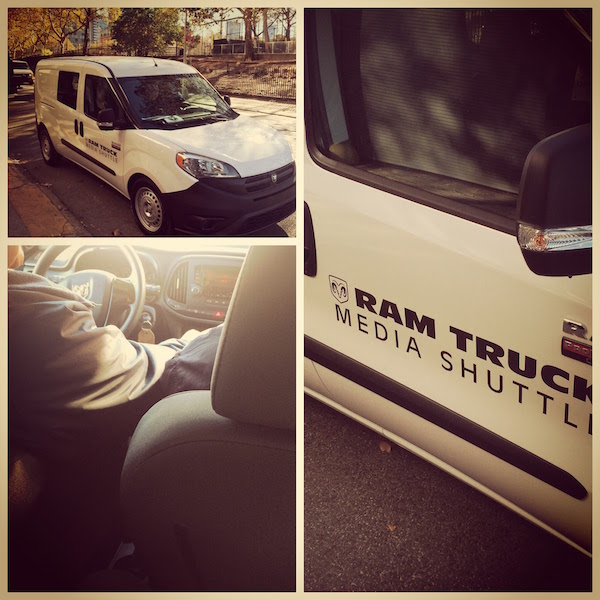 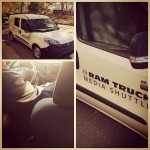 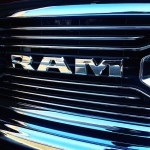 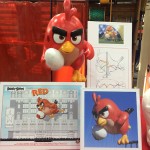 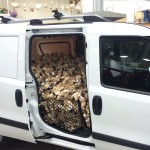 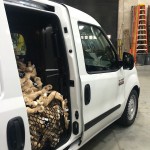 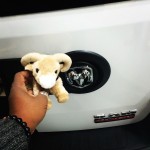 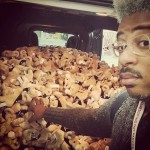 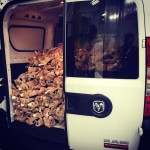 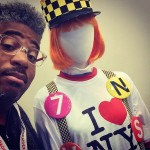 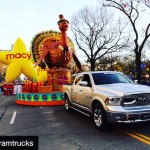 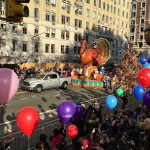 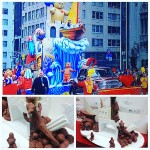