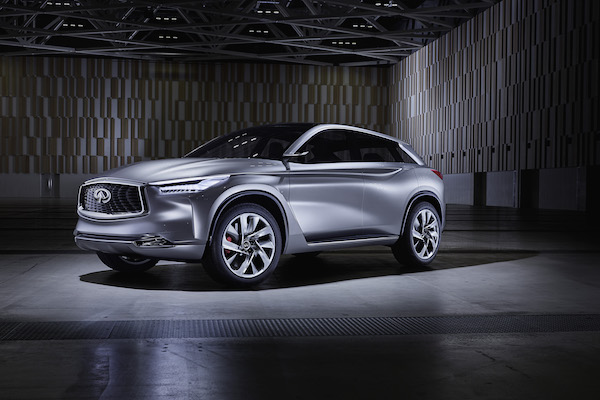 Flowing lines and advanced craftsmanship characterize the spacious and beautifully appointed interior, which follows Infiniti’s “driver-centric, passenger-minded” approach to cabin architecture. The interior’s color palette – predominantly black and white with flashes of the hide’s natural tan color – is striking, yet harmoniously blended through careful use of line, form, and texture.

“The QX Sport Inspiration is a statement of intent from Infiniti, showcasing a daring design philosophy and a demonstration of our capabilities in the mid-size SUV segment,” says Roland Krueger, President of Infiniti.

With the QX Sport Inspiration, Infiniti has started to explore the potential to expand its portfolio in the mid-size SUV market – one of the world’s largest and fastest-growing premium segments.

Infiniti boasts a strong history in SUV design – the pioneering Infiniti FX45, launched in 2003, set the template for sporting SUVs over the following decade. Regarded as the world’s first mid-size multi-purpose sports vehicle, the FX is still considered an SUV design icon today. In an increasingly crowded and popular market segment, the QX Sport Inspiration seeks to build on Infiniti’s SUV heritage and generate further excitement for the brand.

Inspired by Infiniti’s Powerful Elegance form language, taut lines, short overhangs and muscular haunches endow the QX Sport Inspiration with a purposeful aura that hints at its dynamic capability. The long, smooth hood draws the eye back over the vehicle and the visual weight builds over the car’s haunches to reinforce the “lean-forward” stance.

The concept promises off-road versatility, aided by its raised ground clearance, as well as the empowering, in-control on-road driving characteristics and cruising comfort that is expected of any Infiniti. The concept features a lean, purposeful form, with a short front overhang and wide stance.

Infiniti has launched a number of new models recently, which adhere closely to the form and philosophy of concept models – notably the Q30, the QX30 and the Q60. All share a suite of signature design cues that help ensure each is immediately recognizable as an Infiniti. 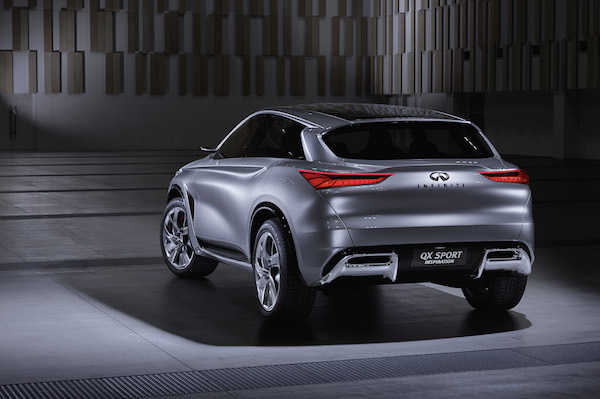 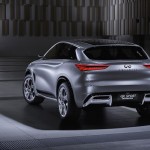 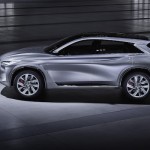 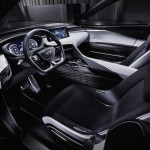