The Lincoln Motor Company just presented Alpha Phi Alpha fraternity with a check for $25,000 as part of the Divine Nine Driven to Give program, which started in early August.

Lincoln presented a $20,000 check to the national organization of Alpha Phi Alpha, as well as $5,000 to its local Miami chapter (Beta Beta Lambda).

As part of the initiative, Lincoln teamed up with African-American fraternities and sororities to bring the Lincoln experience to key markets in an effort to raise funds for local charities.

To win the funds, Alpha Phi Alpha hosted a one-day test drive of Lincoln’s newest vehicle lineup, including the 2015 Lincoln MKC, in Miami during the month of September. Among the participating Greek-letter organizations, Alpha Phi Alpha Fraternity was able to garner the highest level of engagement, as measured by completed test drives and social media activity.

In addition to the initial $25K, approximately $5,000 will also be donated on behalf of “A. Phi A.” to the Alpha Phi Alpha Education Foundation, a nonprofit charitable arm of the fraternity that focuses on scholarship programs as well as training and development for its members.

“We were eager to see how much friendly competition would take place between the participants,” said Shawn Thompson, manager, Lincoln multicultural marketing. “All of the organizations did a fantastic job reaching out to their local communities and drumming up awareness to raise money for a greater cause.”

Through Divine Nine Driven to Give, Lincoln dealerships work with schools and charities to conduct one-day test-drive events that benefit local community organizations. The program was conceived as an engaging way to help educational and nonprofit groups raise money to support their causes. 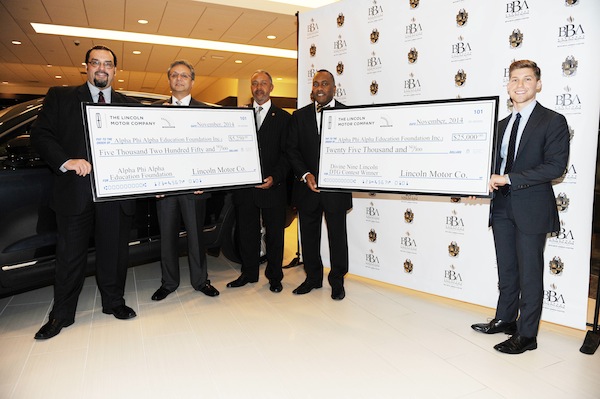 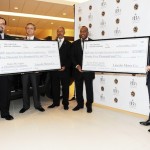 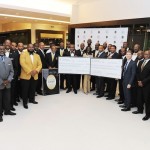 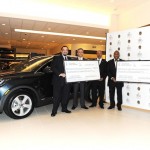