If you want a sports car with heritage, look no further than the 2013 Ford Shelby GT500 Mustang. Touted by Ford as the most powerful production V8 engine in the world, the car was approved by the late Mr. Carroll Shelby who was the former race car driver who created the original, ground-breaking 1965 Mustang Shelby. Ford unveiled this 650- horsepower , 200 mph update to many “ohhhs” and “ahhhs” at last year’s Los Angeles Auto Show. The GT500 also has a Launch Control feature that lets ordinary drivers squeal away from a dead stop just like a real life drag racer. 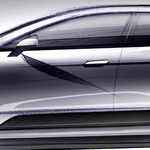