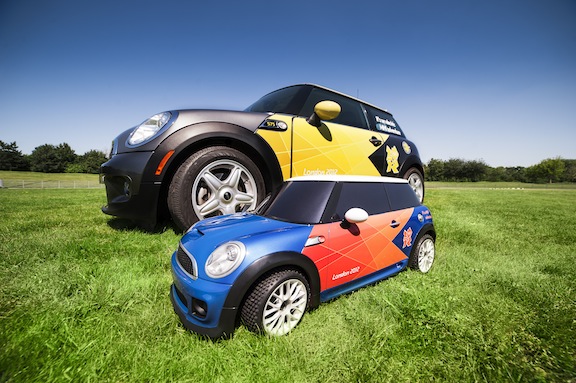 BMW is the Official Automotive Partner to the London 2012 Olympic and Paralympic Games and, as such, they are keeping the Games moving with a range of fully electric vehicles as part of the fleet. For example, 160 BMW ActiveE models and 40 MINI E’s are being used for many duties including shuttling athletes and officials around. But that’s not all. BMW just introduced another electric vehicle to the Olympic and Paralympic fleet: the Mini MINI. This specially developed and designed radio controlled electric car will be used on the field of play in the Olympic Stadium to ferry javelins, discuses, hammers and shots back from the field to the throwing area, saving valuable time during competition. Plus, it’s adorable too.