Calling it Ultimate Trilogy Would Just be Gloating

Movie sequels are tricky propositions, and some just aren’t meant to happen.  We’ll never have a Notebook II: The Next Chapter or Titanic Sails Again.  It’s the same way with cars.  Some stay appealing, others make you want to walk away.  During the test drive.  With the car still moving.

Having recently driven the 2012 Volkswagen Golf R through Switzerland and the French Alps, I’m pleased to report it’s firmly in the former category.  As the distinguished sequel to 2004 and 2008’s limited edition R32 cars, its supporting cast includes functional style enhancements and performance exceeding the already-competent GTI.  By coincidence we spotted an R32 parked in a French village and pulled over for a comparison.  The R32 is still a good looking car, but I have to say the Golf R is visually stronger.

It’s viscerally stronger as well.  Beneath the R’s hood, lead roles have changed.  The GTI’s 2.0-liter turbo got even more buff and was recast in place of the R32s’ V-6.  It’s complemented by a lowered and recalibrated suspension, bigger brakes behind unique 18-inch alloy wheels, improved Haldex 4Motion all-wheel drive and a six-speed manual transmission (the only gearbox available for America).  It all works harmoniously for some truly special effects.  Faster than any factory GTI or R32 before it, the Golf R is a blast to drive but doesn’t sacrifice composure.  The European-spec car we tested was a little more powerful than those headed our way, it’s true.  But considering there were three of us aboard and season-mandated winter tires were on duty, I’d say we got an equalized taste of how the US-bound car will feel.  It comes up short of the most potent forms of Mitsubishi‘s Lancer Evolution and Subaru’s WRX, but beats them both in refinement and smoothness.

Not much will differentiate the Golf R interior from that of a well-appointed GTI, except for some subtle badges to clarify.  That’s not to the car’s detriment at all.  Even the most basic Golf impresses with the look and feel of surfaces and controls.  In the Golf R, it’s exponentially better and well ahead of the Evo or WRX.  Standard features are generous, so your options are body style (two or four doors), color and a worthwhile package bundling conveniences like navigation and sunroof.  However you have it, the VW’s understated character makes for a car you’ll still like after the final payment is made.

Just don’t wait too long to arrange those payments, because we’re only getting 5,000 Golf Rs in the States.  VW expects some Evo and WRX loyalists to jump ship, and you’ll all be competing with the enthusiasts who successfully pestered Wolfsburg to send us the Golf R in the first place.  So, the foreign cult favorite is poised for international stardom.  We predict it’ll sell out, but the third installment in this series is no sellout.

Why she’ll like it: Dash without blatant flash.  Comfortable.  Great use of space.
Why he’ll like it: Sharp road manners.  Throaty exhaust.  Style. 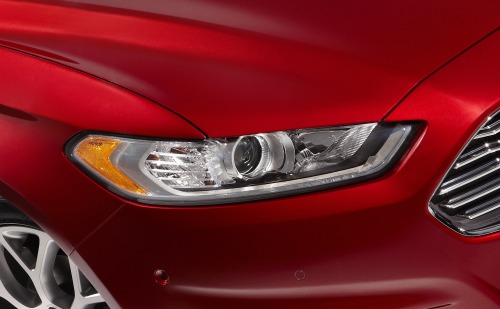 When They Reminisce Over You …