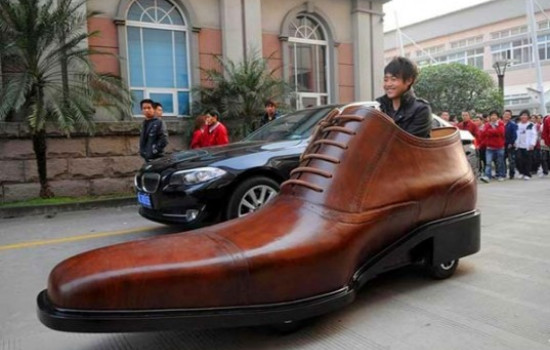 Just when you thought things couldn’t get anymore bizarre, Chinese footwear giant AoKang has manufactured a giant electric two-seater car in the shape of a shoe.

Originally designed as part of a promotional gig for footwear, this quirky shoe car is soon going to be part of a limited edition release for $6,500.  However crazy the design, the shoe car is capable of attaining speeds up to 30 miles per hour and can traverse distances up to 250 miles on a single charge. The battery that powers the car is placed right under the driver’s seat. The entire shoe car measures 10 feet in length and more than three feet in height.

The design and build phase took six months. Like a real shoe, the body is crafted in the same way as a normal shoe, in leather. The only difference is that it was probably crafted with Gulliver in mind. On a serious note, they say that it required the hind of five bulls to craft the 300 feet leather exterior.

We’re very surprised PETA hasn’t tackled the car as it drives dow the street.  Anyway, when they make a stiletto version, we’ll let you know. (source) 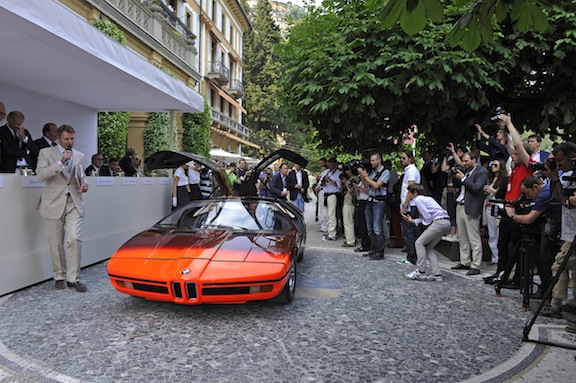