Yup.  It’s New York Auto Show time and Simply Rides has once again ventured into the massive Jacob Javitz Center to wander the halls and ogle all the pretty cars.  This year, we’ve also decided to offer up some fun awards to show our appreciation for a few of the many things that caught our eye.  That said, here are our first four awardees. Stay tuned for more! 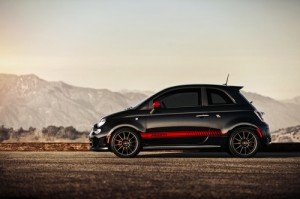 Best Peekaboo Award
The Fiat 500 Abarth is a sexy little number, for sure, and even though its TV commercial is clearly for the boys, we can certainly appreciate the appeal of keeping an extra little something-something hidden (until the time is right) … i.e. the scorpion logo on the Abarth’s engine that you can only see when the hood is raised. 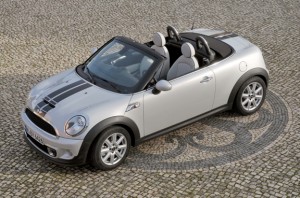 MINI Cooper’s new, 2-seat, convertible Roadster has a big round gauge on the left of the steering wheel called an Openometer.  Don’t be intimidated by the name. This fun feature keeps track of the total amount of time you’ve kept the convertible top down while driving! Naturally, Jim McDowell (Vice President MINI USA) holds the record, but you didn’t hear that from us. 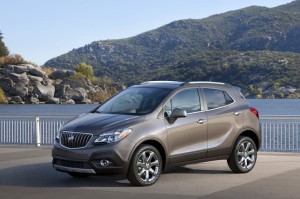 Best Shrink Ray Award
The 2013 Buick Encore is so cute you’d pinch its cheeks if you could but, as it stands, you’ll just have to be satisfied with cozying up inside it’s very plush interior.  Why the Shrink Ray Award, you ask?  Well, the Encore looks just like a miniature version of the very sexy Buick Enclave. 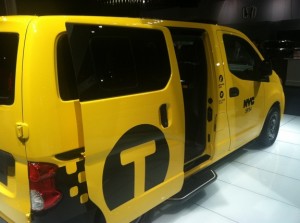 Best kind-of-a-big-deal Award
Nissan’s Taxi of tomorrow is serious big news.  Nissan landed the much sought after exclusive taxi contract for the city of NYC, which means that over the next 10 years all (yes, ALL) taxi’s in NYC will eventually look like this.  It’ll make it much easier to find one, won’t it? 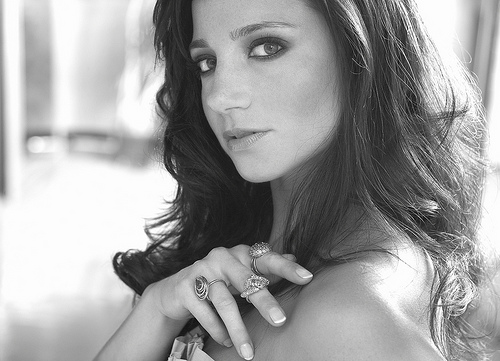 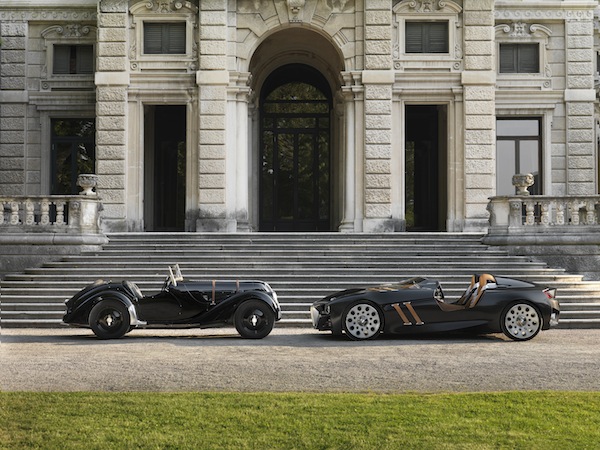