If you’ve been keeping up with Simply Rides, you’ve already seen two of Makho Ndlovu’s favorite moments from this year’s Black Girls Rock! Read on, to find out about her other two favorite moments (plus a couple interesting photos), all courtesy of South Africa’s Just Curious.

Black Girls Rock!, founded by celebrity DJ Beverly Bond, was held this past Saturday at the Palace Theater in the “Boogie Down” Bronx.  The non-profit youth empowerment and mentoring organization was established to promote the arts for young women of color and provide positive images in media. Hosted by Tracee Ellis Ross and Regina King this year’s ceremony honored actresses Tatyana Ali, Tariji P. Henson, activist Angela Davis, Malika Saada Sar, plus many more. With performances from Jill Scott, Erykah Badu & Mary J. Blige the event was one not to miss!

My top 4 moments from the show:

Whoops Moment of the Night: Newcomer Elle Varner took an unfortunate spill during her performance. I looked down at my phone while she was singing and I heard a loud thud. Luckily, she got a chance to redeem herself by performing her hit “Only Wanna Give It To You” a second time. Speaking of second chances, Mary J Blige also took the stage and performed her hit “Fine” not once but twice.  Herein lies the beauty of a taped event, you see it all.

Most Fashionable:  Tracee Ellis Ross’s entire wardrobe was nothing short of fantastic. I loved her fashions choices on the red carpet:  from the simple elegance of her white gown to the sparkling gold onstage outfit, there was nothing I didn’t love. Diana Ross’s daughter is slowly becoming a fashion icon in her own right.

Grab a tissue moment: Ruby Bridges was the first African American student to attend an all white school in the early 60’s. Then six-year-old Ruby’s history-changing walk into a New Orleans public school was part of court-ordered integration ending separate schools for black and white students. In a taped interview, Bridges spoke eloquently about her experience that day and her now infamous portrait by Norman Rockwell.  Bridges was invited to the White House 50 years later to view the painting with President Barack Obama. She had me in tears; it was truly a touching moment.

Take ‘em to Church: Mary Mary also performed during the telecast singing “Optimistic” originally sung by the Sounds of Blackness. Backed by a choir Tina and Erica brought the house down with their rousing vocals. Shortly thereafter, Pastor Shirley Caesar really took us to church with her soul stirring performance. Pastor Caesar also received a much deserved Living Legends Award.

Hey! Is that super-publicist Gilda Squire sitting next to Alek Wek? Why, yes, it is!

Supermodel Alek Wek was spotted on the red carpet. I love this girl, hate the outfit.

Nigerian Miss Black USA Osas Ighodaro hit the red carpet. Not sure how I feel about this look.

You guys remember Ashley from the Fresh Prince of Bel Air? Well Miss Ashley (real name Tatyana Ali) is all grown up now! And did you know she has a degree from Harvard?  Beauty plus brains, you gottta love it!

Lil Wayne\ Young Money artist Shanell. I can’t with this look. I. just. can’t. Everything ain’t for everybody.

Actress Tichina Arnold . Martin is still one of my FAVE TV shows, I loved her character Pam. 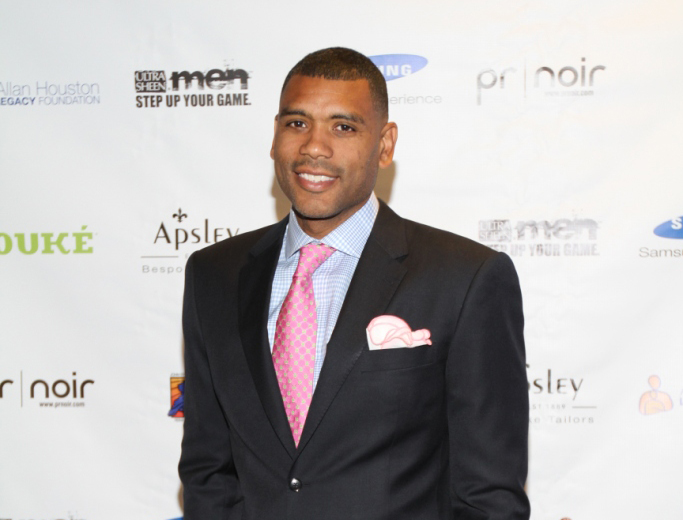